We are serving lunch, dinner and beverages starting at 11 AM Everyday. Brunch is served Saturday and Sunday until 3 PM. Food, Beer & Merch to go. 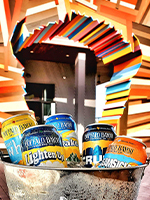 It's early 2011 in Houston, and Rassul Zarinfar wants a damn beer.

Spurred by a real passion for craft beer and a lack of being able to find the kind of beer he wants to drink, he decided there was only one logical solution; to start a brewery.

After searching high and low, Rassul met Head Brewer Ryan Robertson while Ryan was working and brewing beer up in North Texas.

While Ryan wooed Ras with unique Saisons and delicious Belgians, it was Ryan's creativity and ingenuity that sealed the deal. Ryan was brewing a Scottish ale that was to be barrel-aged in heavy American oak when he ran into one problem; he had no barrel or budget for one.

After convincing his employer to purchase a "decorative" barrel of American oak, Ryan finished barreling his brew, and the rest is history.

Fast forward to Summer 2011, and just as Ryan needed a barrel, BuffBrew needed a brewery.

9 years ago, we found our home at 5301 Nolda St. It was an abandoned warehouse that needed some TLC. We didn't have much money, but we poured it all into bringing that old boat storage site up to modern-day building codes.

A ton has changed since those early days of Rassul dropping off kegs from the back of his trusty pick up truck.

Yes, we prided ourselves on self-distribution for years, but we must have done something right because the demand eventually outweighed our capabilities. We now make our beer available to thirsty drinkers all over Texas across a footprint the size of Ireland!

The trucks keep rolling, and the brews keep flowing! 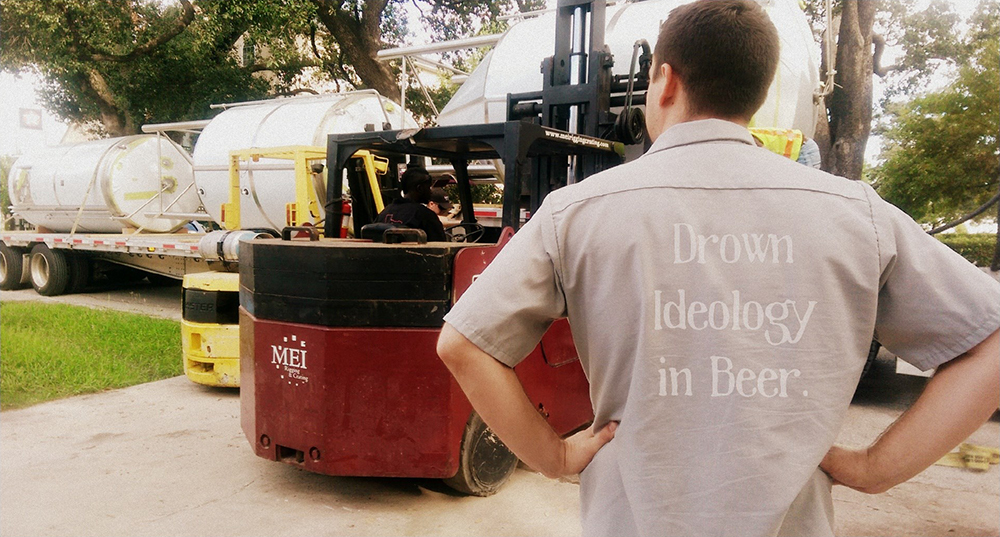 The growth has happened in our tanks, in our distribution, in our events, and most importantly, our people.

What started as a partnership between two friends over beer has now brought 100 beers (and god knows how many experiments) to storefronts, tap systems, events, and festivals across Texas and beyond!

GBS is brewed in homage to all the gingerbread men and women who lost their gumdrop buttons in the war against child sadness.